With the exceptions of Washington D.C. and Denver, Colorado, the rate of employer drug testing in most American cities is going down. According to the American Addiction Society that conducted an analysis of Glassdoor job postings, the rate of pre-employment drug testing disclosed as a requirement for the hiring process is now lower than 2%. These changing hiring trends are likely the result of many contributing factors.

While substances have been used for various positive reasons throughout all of history in many cultures, dominant societal expectations and views in American culture--where “stereotypical drug users” have been criminalized or stigmatized--are starting to change. One of the key drivers of this change is an understanding about the impacts of toxic workplaces: “It is becoming increasingly evident that substance users permeate all sectors of society. And the reasons for their drug use are complex, with drug use often being spurred on by unrealistic expectations by employers for workers to cope with extended stress and lengthy shifts,” stated a study from the US National Library of Medicine National Institutes of Health.

The change is also spurred by the fact that the U.S. is coming to terms with ways the war on drugs was a racist and classist endeavor; some policymakers are trying to address its consequences, which have had widespread impacts including in hiring. Recently, The Drug Policy Reform Act (DPRA) was introduced at the federal level, while other states like Oregon are decriminalizing drugs. More states and cities are following suit in Colorado’s legalization of marijuana, and some cities have experimented with legalizing psychedelics.

Although Americans’ attitudes towards drugs and addiction are shifting, private, federal and state employers still have the right to drug test both their prospects and employees. However, just because employers can drug screen doesn’t mean they always should. When are these necessary, and when might drug screenings be excessive?

A Delicate Balance: Safety and De-Stigmatization

Making the decision to conduct a drug screening is completely dependent on the job and industry.  Drug screenings should be used when the health and safety of other people may be at risk if an employee is using a substance that can negatively impact safety in a specific job--either their own safety or the safety of their team. "You have to consider the needs of the business, in addition to any applicable state laws," said Anne-Marie Welch, an employment attorney with Clark Hill LLC.

The top 10 industries that conduct pre-employment drug testing are government, healthcare, manufacturing, automotive, transportation, private security, aerospace & defense, construction, information technology and education.  These are all industries in which the stakes are high if an employee is under the influence of certain kinds of substances while working. Employers should look seriously at whether they are drug testing as part of a lingering social stigma in some places, or if substance use could genuinely create unsafe conditions for employees or clients.

For instance, there is definitely a difference between a doctor delivering a baby or a pilot flying a commercial airline while under the influence of drugs, versus a telemarketer that smokes marijuana before making 200 cold calls for a shift.

An employer should test for substance abuse for any role where impairment causes high risk to other people or themselves. "I find, in general, that employers that want to do drug testing usually have some employees who are performing dangerous or safety-sensitive jobs," said Kathryn Russo, an attorney in Melville, New York.  For companies that have safety-sensitive jobs, instead of blanket testing everyone in a company, it may be pertinent to test only in those roles where impairment with high-risk tasks would have an egregious effect.

Since businesses need to consider their framework for drug screening industry-by-industry and sometimes role-by-role, it’s helpful to consider a few key principles. The Society for Human Resource Management suggests, for example, that businesses weigh four factors when deciding whether or not to drug screen:

In addition to these factors, businesses can also consider:

Legalities: Each state varies its requirements for drug testing. Some states limit how and when drug testing can be conducted. The ACLU offers this chart to understand what restrictions apply in which states. There may also be local, municipal laws that must be followed before employers can conduct drug screenings.

Privacy v. Safety: Elizabeth Hartney, a psychologist, professor, and director of the Centre for Health Leadership and Research at Royal Roads University explains, “there are two opposing agendas at stake here—the health and safety agenda, ensuring that people in positions of responsibility are clean and sober, and the civil liberties agenda, emphasizing individual freedom, the right to privacy and protection from discrimination.” Companies must scrutinize their own practices to determine if they meet all EEOC requirements, as well as ethical standards.

Type of Substance: Not all substances have the same impact on the human body. Employers can also consider what type of drug they are testing for based on their industry and the specific roles. They should consider whether or not using a substance actually leads to impairment or barriers with clients in a given role. For example, the impacts of marijuana compared to some other types of substances may vary in ways that may have different implications depending on the role. Context is key.

Company Issues: Companies should seriously consider if there are any factors in their own structure that contribute to employees needing to “cope with extended stress and lengthy shifts” as described previously. Similarly, if running a drug test as part of a background check, the context behind an employee’s usage can also help clarify whether or not it is actually a red flag for hiring. Of course, employers must determine whether it is legal or ethical to ask employees or candidates to disclose more information behind a positive drug test result.

If drug screenings are conducted, businesses should do so ethically. The following benchmarks are suggested to make sure a business is drug screening fairly:

Companies can--and should--change with social evolutions around substance use, and it is certainly possible for them to do so in ways that protect their teams and honor candidates and employees. 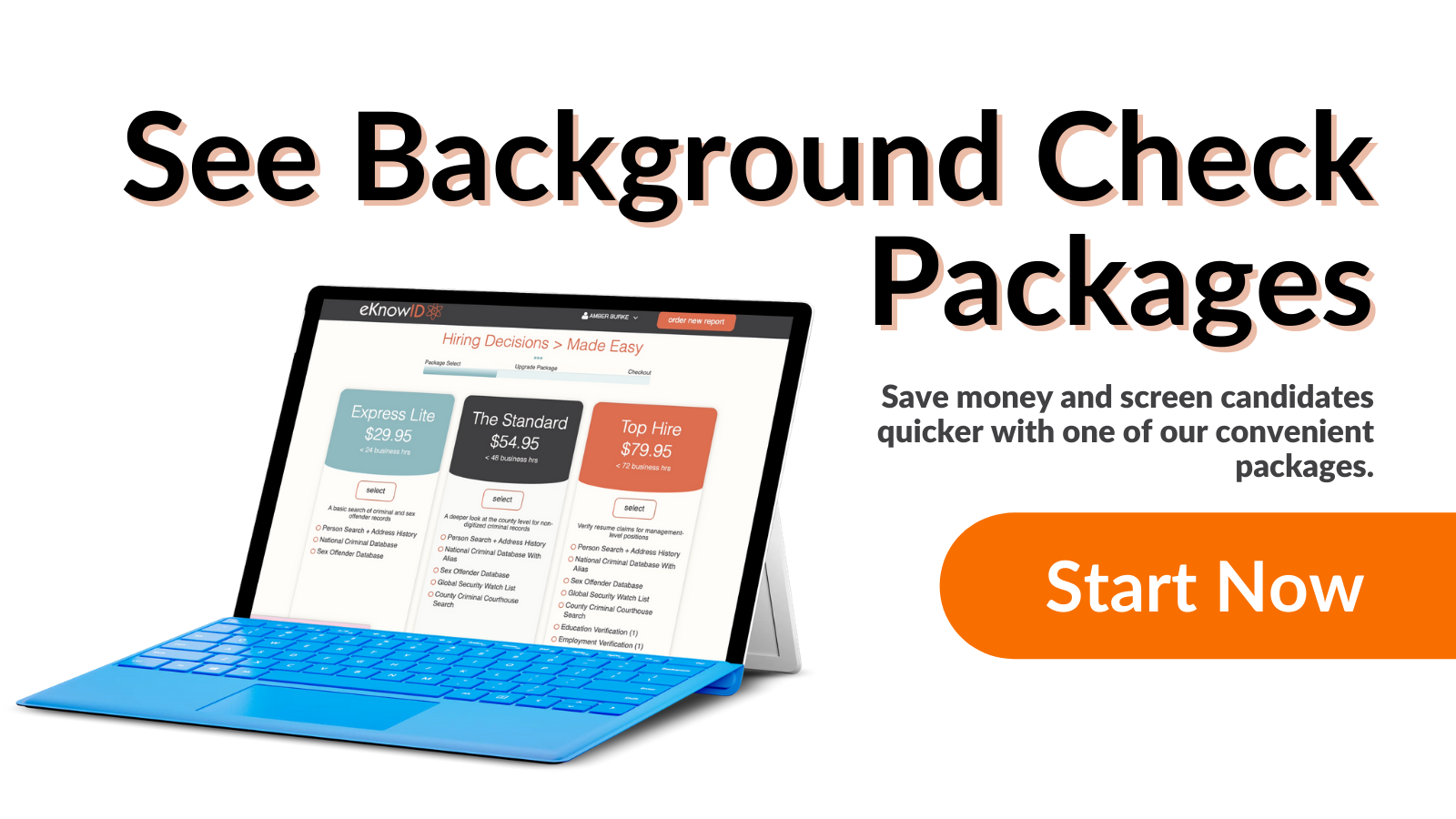 Not sure which background check is right for you?

We’re here to help. Our U.S. based support team and expert investigators will work with you to make sure you have everything you need.
TALK TO AN EXPERT

We are available always to meet your needs. Please contact our corporate office via phone for further information.